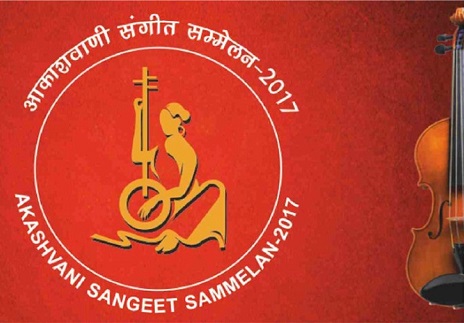 A Brief On Music Auditions

AIR has been playing a very important role for maintaining a high quality of its Classical/Light/Folk Music Programmes by the process of Music auditions. This has been a very well planned and time tested system. By this process, artistes all over the country are graded according to their performance quality starting from B grade upto to Top grade and in between there are B High and A grades as progressive stages. At the local level, stations conduct the local auditions to award B grade in case of Light Music & B –High in the case of Folk Music and to recommend the cases for gradation in Classical Music for audition by MAB at the Directorate. MAB also takes up cases for awarding B grade in case of Classical Music (both Hindistani and Karnatic)

Local Audition: At Stations.
1) A candidate who is 16 years and above having knowledge of music may apply for audition, obtaining the copy of the rules of audition and application form for audition from the nearest broadcasting station.
2) The prescribed audition fee to be paid by M.O.
3) Station will invite the candidate for audition by LAC , which will be a live audition.
4) In case of Light Music, if the candidate is selected, will be placed in B Grade. For Classical/Light Classical Music the LAC recommends the candidate for Audition by MAB.
5) Classical Music candidates have to record with performance for audition by MAB, after getting the call letter from Station.
6) MAB at the Directorate will award grades and the same is communicated to station.
7) Total anonymity is maintained and at no stage the name of candidate will be revealed to any member of Audition Committee.

MAB – MUSIC AUDITION BOARD AT DIRECTORATE
1. Artistes who want to upgrade from “B” onwards have to appear for audition by MAB – in case of light and Classical.

2. In case of Folk Music the upgradation by MAB is in respect of “ BH” to “ A” &”A” to “Top”, as “BH” grade is given at Station level by the Departmental Audition Committee.

3. Candidate have to pay the prescribed Audition fee and appear for audition, by recording his performance. A list of 25 songs, comprising of 10 Shudha Madhyam – 10 Prati Madhyan & 5 Andava Shadava Ragas, in case of Karnatic Music & 25 Ragas comprising of morning, afternoon, evening & night Ragas, in case of Hindustani Music, to be submitted for audition. In case of light music – geet, bhajan, ghazal , a list of 15 items to be given.

4) MAB at the Directorate conducts the audition by Roll No. and the result is communicated to the Station which inturn inform the candidate.

5) For Top grade, artist who is in “A” grade for 10 years will be eligible to apply Paying the prescribed audition fee. The audition is conducted at the Directorate by a special board.

6) If an artist cannot make it for top in a particular year, he can apply again after a gap of one year.

7) A candidate who appears for audition by MAB, if cannot make it for the next Grade can apply again after one year.

8) The Audition Committee both LAC and MAB consists of eminent artistes from the field of music. In case of MAB, the board consists of only Top Grade artistes.