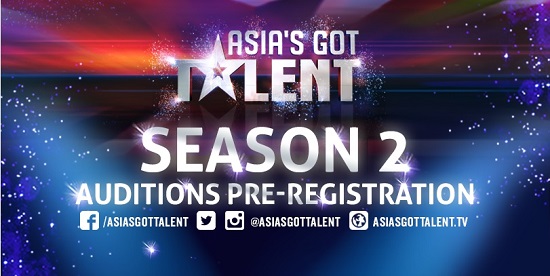 After the success of the first season 1 of World’s biggest talent show Asia’s Got Talent coming soon with new season. AXN opened the pre-registration AGT season 2 all ready announced, but audition date for AGT will soon.

Pre-registration is very simple, just only enter your email address(picture given below).

For Asia’s Got Talent season 2, these are my suggestions:
1) more number of episodes; there were only 10 episodes this season
2) more clips of auditions; some were disappointed because they weren’t featured on the show
3) live shows for the results night, if not all, to avoid spoiler leaks from geniuses who killed the excitement by posting results
before the show was even aired
4) Hire interpreters to translate what non-English speaking contestants are saying during live shows
5) AXN to team up with local TV channels around Asia to reach a wider audience
an even tempting prize :)
6) same judges; they were all great!