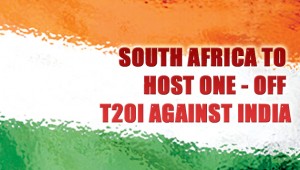 India will will play against South Africa in a one n only one Twenty20 (T20) International Cricket match on March 30 2012 in Johannesburg to celebrate the 150 years of settlement of Indians in that country, it has been learnt. It is likely to be called the Mandela Cup.

The T-20 takes place three days after South Africa finish their tour of New Zealand with three back-to-back Tests. It is also a week after the end of the Asia Cup, and five days before the start of the IPL on April 4 in Chennai.