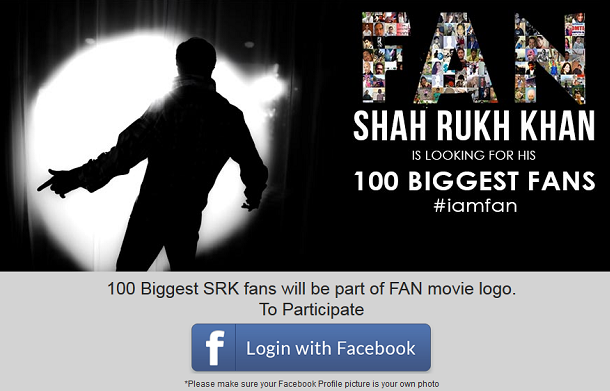 So, take part in the amazing contest now and make your dream of connecting to your favourite star Shah Rukh Khan come true. 100 biggest fans will be given the opportunity to be part of the official poster of the movie ‘Fan’.
The film ‘FAN’ is helmed by Maneesh Sharma and produced by Yash Raj Films. The film features Shah Rukh Khan in a dual role. The film is all set to hit the theatres on April 15, 2016.